Everyone can now say the C word…………. it’s almost CHRISTMAS!!

Christmas is coming and along with it comes the festive party season. I have put together top 5 festive fun games for you to play with your family and friends during the Christmas period:

Tie a piece of ribbon or twine from one post or chair to another. Players must stand on top of the chairs and try to be the first to drop a candy cane from the chair onto the ribbon and get it to stay there.

Play until the first player gets a candy cane to catch on the ribbon or see who can get the most in a minute.

Player has to shake all of the snowmen out of the tissue box before the time runs out. Or if you’d rather not decorate like snowmen, use ornaments instead.

Give each player a red pom pom and a spoonful of Vaseline. Players have to race to be the first person to put a red pom pom on Rudolph’s nose (make sure to put a bit of Vaseline on his nose as well) on the other side of the room.

To play, players must dip their nose into the spoonful of Vaseline then get the red pom pom to stick to the Vaseline on their nose. Once the red pom is on their nose, they must move across the room and stick it to Rudolph’s nose. The catch? They can’t use their hands at any time.

Place five ball ornaments lined up on the end of a table and give the player 10 jingle bells and have them stand on the opposite end of the rectangle table.

Player have to pop 10 balloons using just their hands with winter gloves on before the time runs out.

This one is hilarious, especially after a few mulled wines!

I hope you enjoy playing the Christmas games.

And don’t forget your festive balloon needs, I can offer you an exciting range of party balloons and accessories perfect for all of those upcoming events that you may have planned. Remember not to leave it too late, Christmas is our busiest time of year. 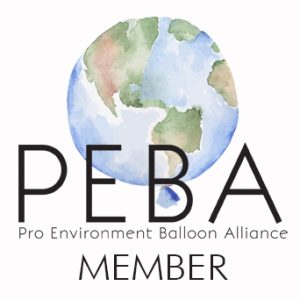 Some of my Happy Customers…

..Helen was so helpful and accommodating..

..Great service, nothing to much trouble..